A downloadable game for Windows

An Airport for Aliens Currently Run by Dogs is a first-person open-world comedy adventure game. You and your fiancée are the last two human beings left in the universe. Dogs run airports, along with the rest of society. Deal with alien logic, travel issues, and strange stock photo dogs as you attempt to stay in touch with the person you love, when you both live your lives on the go.

I'd really like to explain more, but the game is called An Airport for Aliens Currently Run by Dogs. Or, Dog Airport Game, if you're tired. It already explains everything. Any further words (and we've used a lot) are meaningless. Pulling these sentences from the void only adds to a debt I cannot pay.

In order to download this game you must purchase it at or above the minimum price of $19.99 USD. You will get access to the following files:

Lets say I wanted to mod the game, and I got it on Steam. Would there be a way to do that?

I assume you'll be able to find the game files through C:/Users/(YourUsername)/AppData/Local (if you're using Windows), as I've done the same thing in the past. However I'm no expert, so maybe search Reddit if you still need help?

Any chance of a Mac version?

Hey! I'm interested in buying this game from here on itch, tho I see on the steam page that it's gotten some updates since launch. Have these all been put on the itch version as well? I ask since I don't immediately see anything about updates here, and the download file says it's "Version 1"

Heya! I can confirm the Steam version and itch version are the same - you aren't (and won't) miss out on anything buying the game through here. :)

Aww hey thank you! I ended up buying it anyway soon after (and didn't seem to get a notification that you'd replied to me :(  ).
Love the game so far! I was surprised and wasn't really ready to see some of the darker moments of the game, but so far I've still really been enjoying it. I remember seeing the water cube on Marinara Trench and saying, out loud, "Thank you Dog Airport Game Designers!" When I realized I could float through it and to the other side. While the set pronouns haven't been as nice for me as a trans person, I see and appreciate what you were going for in terms of the relationship; I also liked the little reveal that the player character was also black.
Having to learn how to read the alien alphabet yourself was also a surprisingly fun challenge, and now I'm only missing X and Z, ahah. This is also the first time I chose to start writing things down myself on paper, both to keep track of where to go next, and for the alphabet as I figured it out.

I am so, so glad your experience was (mostly) a positive one! My favorite jokes written in the alien language are probably still in the Moth Man-themed record shop - which also happened to be one of the first stores added to the game. :)

This seems like such a bizarre but charming game. I came across this game a few months ago on Steam and I'm so curious about what the game is like!!!

It's a critically-acclaimed open-world adventure you can play for over 20 hours! Sounds like a pretty good deal to me.

I'm a acclaimed critic and it's not worth it for that amount of money, judge for yourself, look reviews. Have a nice day.

The game has a couple of hours of playtime, it's pretty repetitive, and it looks poorly done. Also by your logic a game where you only have to press a button without any objective for 120 hours should cost 120 bucks.

Look, if you have fun with it go ahead, I'm glad for you, but I just don't think it's worth that amount. 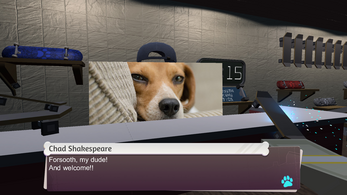 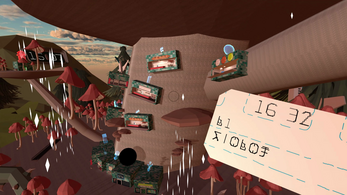 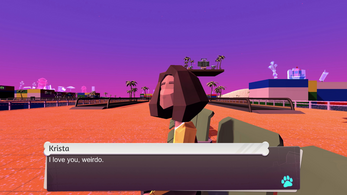 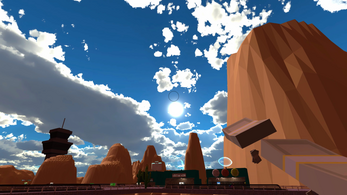 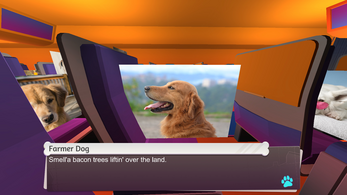